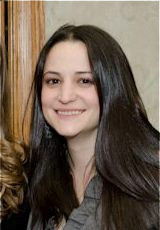 The details of my initial struggle with vulvodynia are no more or less important than many others. Though the various treatments and new pelvic pain diagnoses that followed seem outrageous and perplexing to my loved ones and friends, I know from speaking with other members of this special community that it is not that different a story from many of you.

Who would guess that the most interesting aspect of my story with vulvodynia is where I found myself now – in the middle of my journey – somewhere between sick and healed?

A few months ago, my nearly two-year battle with pain finally landed me in the office of a competent gynecologist who was a genuine specialist in this medical area. For three hours we talked about my different levels and types of pain. Did it feel sharp or sore, tingling or numbing? By the end of the appointment I had a cotton-swab test, cultures, blood drawn and two different pelvic exams. I was physically spent, but the mental exhaustion would ultimately be what cut me off at the knees.

While I felt so blessed to have at last found a competent physician, he found that I was actually in worse shape than I thought. In addition to vulvodynia, I now had lichen sclerosus and ulcerations, as well as pelvic floor muscle dysfunction and possibly pudendal nerve issues. With referrals for physical therapists and physiatrists in hand, I walked out of his office in a daze – caught between conflicting emotions. I felt great relief that I was in the right hands, but I was also angry that my previous doctors hadn’t noticed these seemingly obvious problems. On top of that, I felt hurt by how far it had progressed and what I had lost.

I didn’t realize it for several days, but I was slipping into a deep depression. I no longer had the will to keep up with my life. I went through the motions at work, took my new medications with little hope of them working and made dinner for my boyfriend without the usual zest I have when cooking. I didn’t try to spend time with my family or friends. I just didn’t care.

When it finally sunk in that I was in emotional pain, I was lucky enough to be standing in front of the NVA newsletter with a small piece about another woman’s story and depression. The article lifted me up just enough to want to help myself break out of the fog. I started a gratitude journal and every night before I went to bed, I found at least one thing that I was grateful for in that day. It could be as big as feeling huge pain relief, or as small as seeing my puppy’s face when I got home from a hard painful day. Although this exercise helped me go to sleep with positivity in my heart, I still had an overwhelming sense of loss and isolation.

At the end of April I went to a retreat for women suffering from chronic pelvic pain. I learned a lot there, but the most important thing I came away with was the quality friendships I made – one in particular that changed my entire view on being sick. It felt amazing to meet others like me, especially young girls facing many of the same issues I face. One woman told me her story and I felt so inspired. She looked me in the eye and said, “You will get better. I swear to you, you will get better.” Instantly, I believed her. She also told me a story about a dark time in her life when she stumbled on someone who pulled her out of the fog. Her friend had placed his hands on the far left and right of his desk and told her, “You are here. And you need to get here. And everything in between is getting you one step closer to healed.”

Over the course of the weekend I kept replaying these words in my head and I started to understand. All the new diagnoses and treatments were just extra clues to the puzzle. I will keep piecing them together until I’ve solved the whole darn thing.

I was talking about some of my coping mechanisms when one of the younger girls came up to me and said, “You are such an inspiration!” I was floored! Me? Ms. Cries-A-Lot? That’s when I realized that we’re all just rungs on a ladder. No matter how low you think you are, someone else might be looking up and thinking they would rather be there.

So now I take it one day at a time and fill my day with as much positivity as I can. I no longer look at the road before me with fear of the seemingly endless obstacles I’ll meet, but with a feeling of endless possibility and hope.